Mouth melting tender pork that has basted in all the cooking juices served with crispy crackling in a light floury buttered bun stuffed with apple and sage stuffing and apple and quince sauce.

This is my first hog roast, as much as I would have loved to cook this beauty over a open log fire it was not for my family and friends so I hired a Hog Master Oven and I was able to guarantee controlled perfection, but watch this space as I will be attempting some Gaucho Cow Boy Cooking soon.  The Hog Master Oven was brilliant and all I have to do was turn on the gas and leave alone for 10 hours, something I found difficult !!! 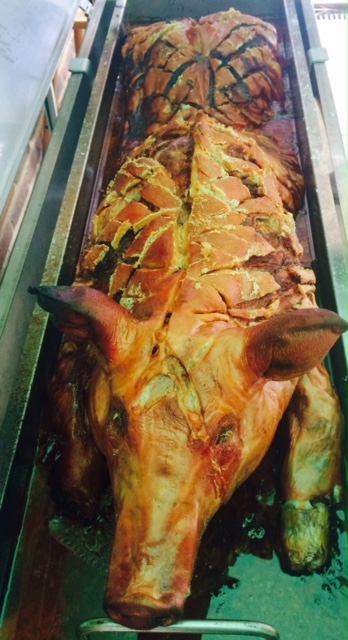 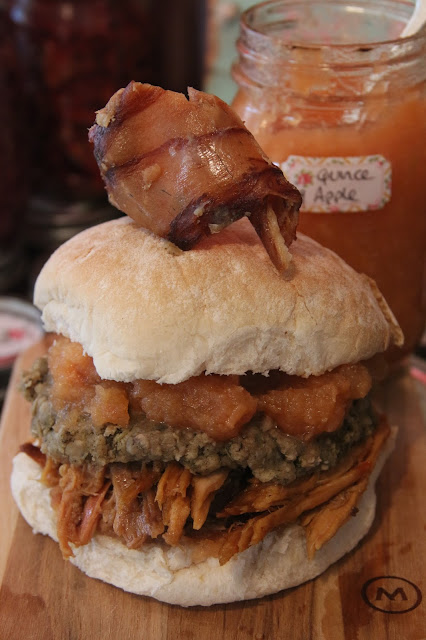 Cooking the hog, well it really does look after itself, the main effort is scoring the skin, then place the hog in to the roasting tray in the hog master, turn the gas cooking temp to the lowest setting, rub the skin with lots of sea salt and that's it, don't be tempted to baste while cooking as this will affect the crispness of the crackling.

All the cooking juices will collect in the pan and when it comes time to serve, first slice off the crackling and place on a serving tray, then using just a pair of tongs pull off the meat down into the cooking juices and then just serve from there, keep the gas on as this will keep the pork hot while you serve, within half an hour all was gone!

The Stuffing
Heat a non stick pan, add the oil and onions and soften remove in to a large bowl, place the rest of the dry ingredients and butter in to the bowl and mix well, start to add some of the apple juice and bring the stuffing together you want a moist stuffing but firm enough for you to be able to form into a large sausage approx 4 inches in diameter, wrap in tinfoil and twist the ends like a giant cracker, this will need to go in the Hog Master one and a half hours before the end of cooking time.

Apple and Quince Sauce
Peel and roughly dice the apples and quince place in a deep pan, sprinkle over the sugar and add a cup of water, bring to a just simmer and cook until soft and some of the sauce is pulpy but still has soft chunks for texture. That's it...

To Serve
I like to make things really simple and easy so that you can enjoy the party as well as giving your guests a brilliant time, there is no need for stress, feeding 10 or 100 people is just a mathematics equation.  I placed a serving table at 90 degrees from the Hog Master oven, on this I placed a large chopping board if needed for the crackling, then three serving trays, one for stuffing, one for crackling and one for the pork, next to this a basket full of the pre buttered rolls and a smaller basket of un buttered rolls, plates, each layered stacked with a napkin in between next to this and on the guests side a giant bowl of the apple quince sauce with a few spoons for them to help themselves.

I took a plate and napkin, placed the bun on the plate and filled with pork and whatever the guest wanted mostly stuffing and crackling, then gave this to the guest and they helped themselves to apple sauce, a really lovely way to serve a hungry crowd.

This has probably been the most accidental way to learn how to feed a crowd of up to 100 with almost Zero effort, a first for me :-)

Posted by Kristi Riches at 13:03 No comments:

THESE ARE THE MOST GORGEOUS AWESOME LITTLE PIES ON THE PLANET...

Slow braised grass feed chuck steak with a mira paw of vegetables, roasted beef bone stock reduction and old fashioned Doom Bar Ale left to do their stuff in the oven for around six hours, then left for a further day to rest and improve their flavours.  You could serve this with buttery mashed potato as my Nan always did and a healthier option but if you want to make this even better then stuff the filling into my gorgeous old fashioned hand raised short crust pastry and lovingly bake until crisp and golden, then just enjoy the gorgeousness you have braised and baked...

Have fun and be rustic it's really all about the flavour!  In fact the best pies are where the gravy seeps out and caramelise on the outside of some of the pastry, these are truly the tastiest pies :-)

Make these as mini pies, a pie slice or as a large sharing family size pie.  I often make the pie filling and pastry a day or three before, then as it is just sitting in the fridge it is a quick assembly when required for a fabulous dinner or snacks. 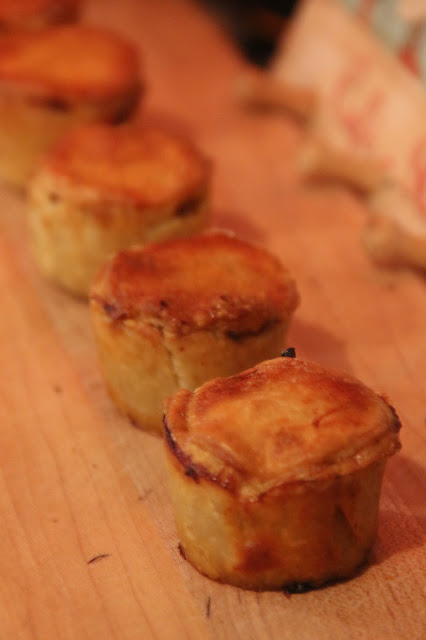 First I like to get the braised chuck steak underway, pre heat your oven to 160 degrees C / 300 F, then in a large pan, place a dollop of coconut oil, you can use any oil, this is just my preference, gently soften the onions, carrots, celery and leeks for around 20 minutes remove from the pan and leave to one side, add more oil then the beef and sear until all sides are browned, add back the onion, carrot leek and celery mix and all the other ingredients, bring to a almost simmer and skim off any froth and discard, then place on a lid and pop in the oven for 4-6 hours until the meat is still in shape but will just melt and fall apart with a hint of pressure, take out of the oven and leave to cool on the side, then I like to pop in the fridge until needed at this point, this helps to develop and deepen the flavours of the beef, but you do not have to do this.

THE PASTRY (BEST EVER)
This pastry recipe was given to me by a lady in Cornwall who is famous for making Cornish Pasty's and boy oh boy this pastry is the bee's knee's...

Place the flour in a large bowl, add the diced lard, grated butter and salt cut through roughly, any lumps are great in the finished pastry as when they cook they add a puff in the pastry quality.  Add the water and mix for a few seconds, you do not want a formed mass, then only just bring the dough together to form a ball, wrap in grease proof paper and leave in the fridge for a minimum of one hour or until needed, you can freeze this dough and use when required.

TO ASSEMBLE YOUR PIE
You kinda of already know what your doing now!  Roll out your chilled pastry and line your baking tin, fill with the chilled braised beef and  the brush with a egg wash and bake for 45 minutes at 180 degrees F / 350 C, then enjoy enjoy enjoy.

Posted by Kristi Riches at 13:22 No comments: 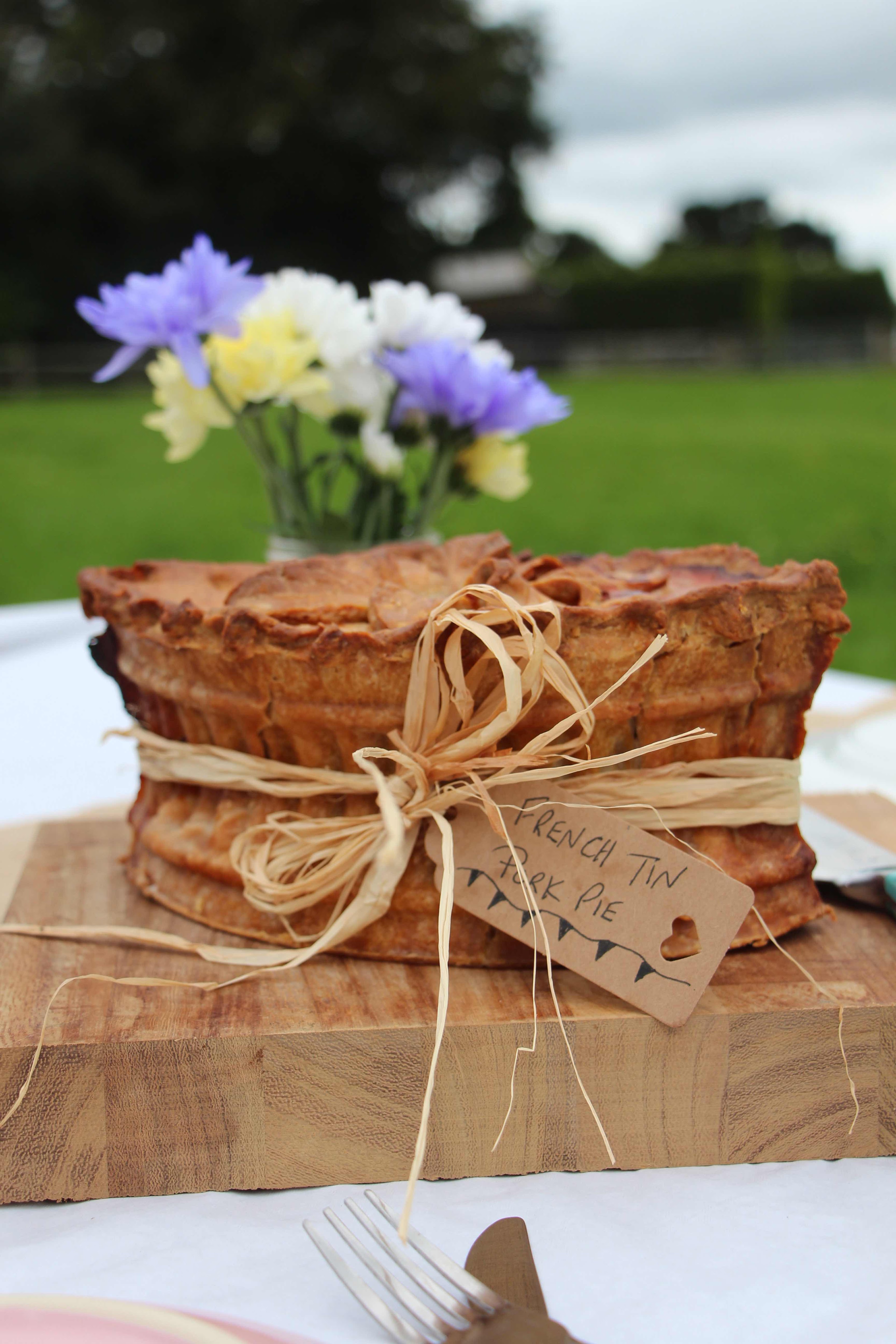 Loving the Self Sufficient Life 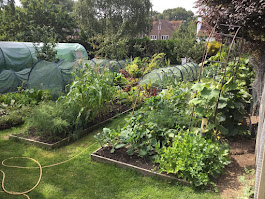 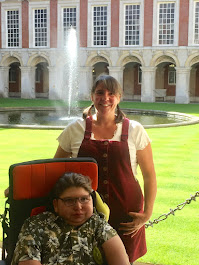 This months cooking, just click on each month to see what I have been cooking, thanks for looking. 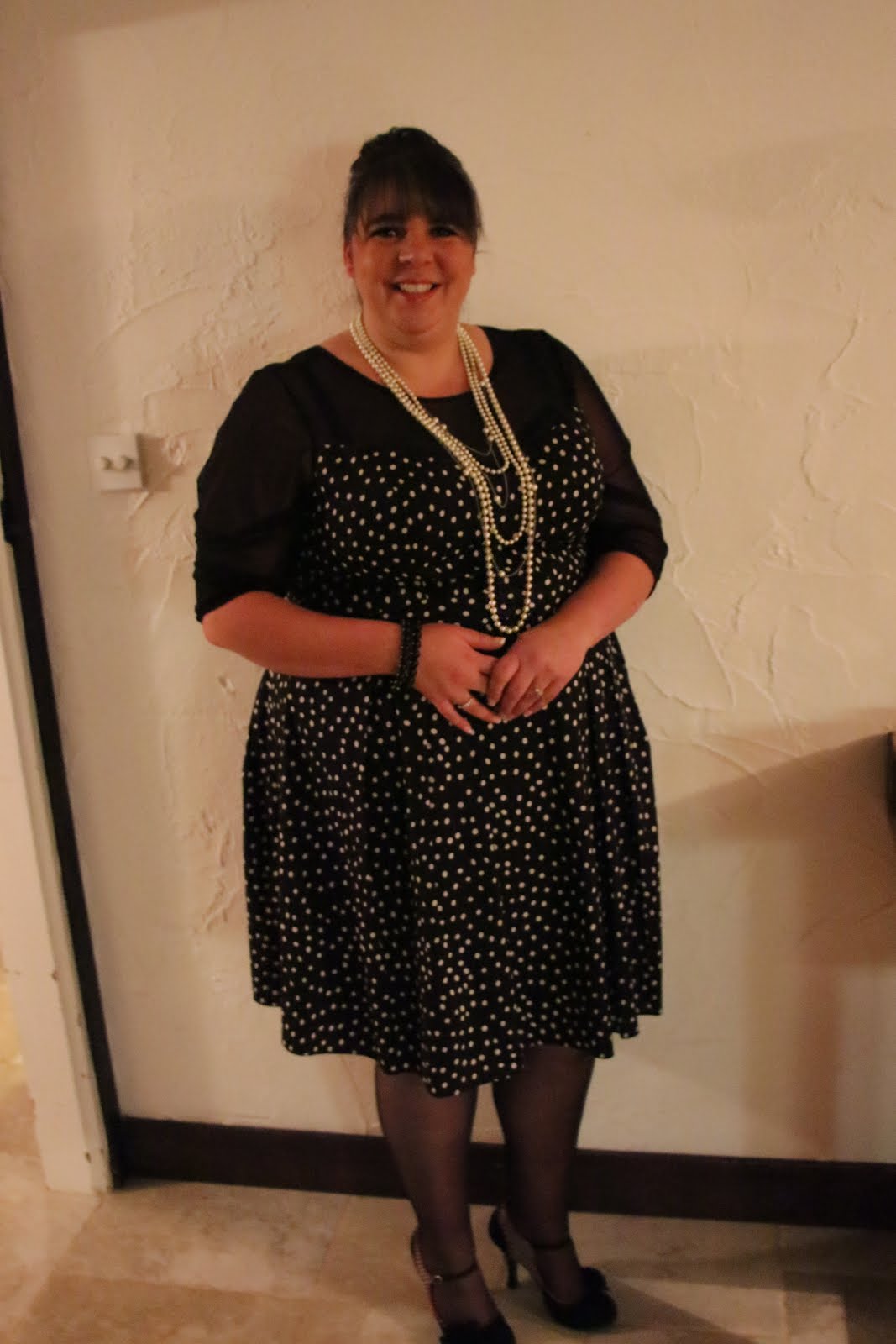 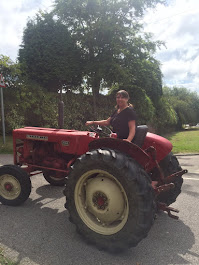 To get my recipes direct to your phone or inbox just type your email address below and submit. 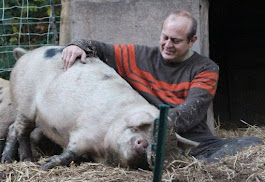 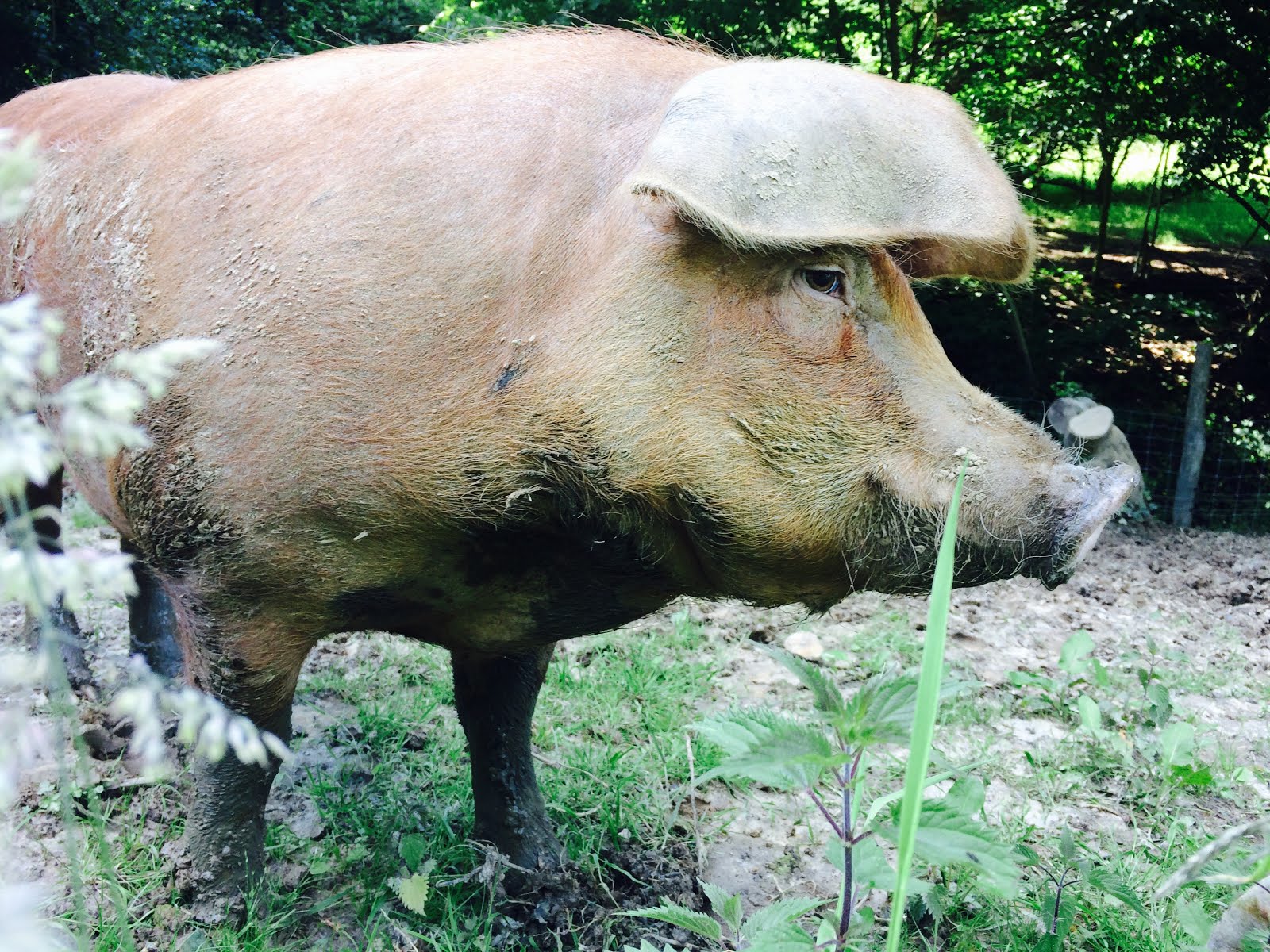 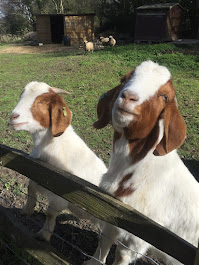 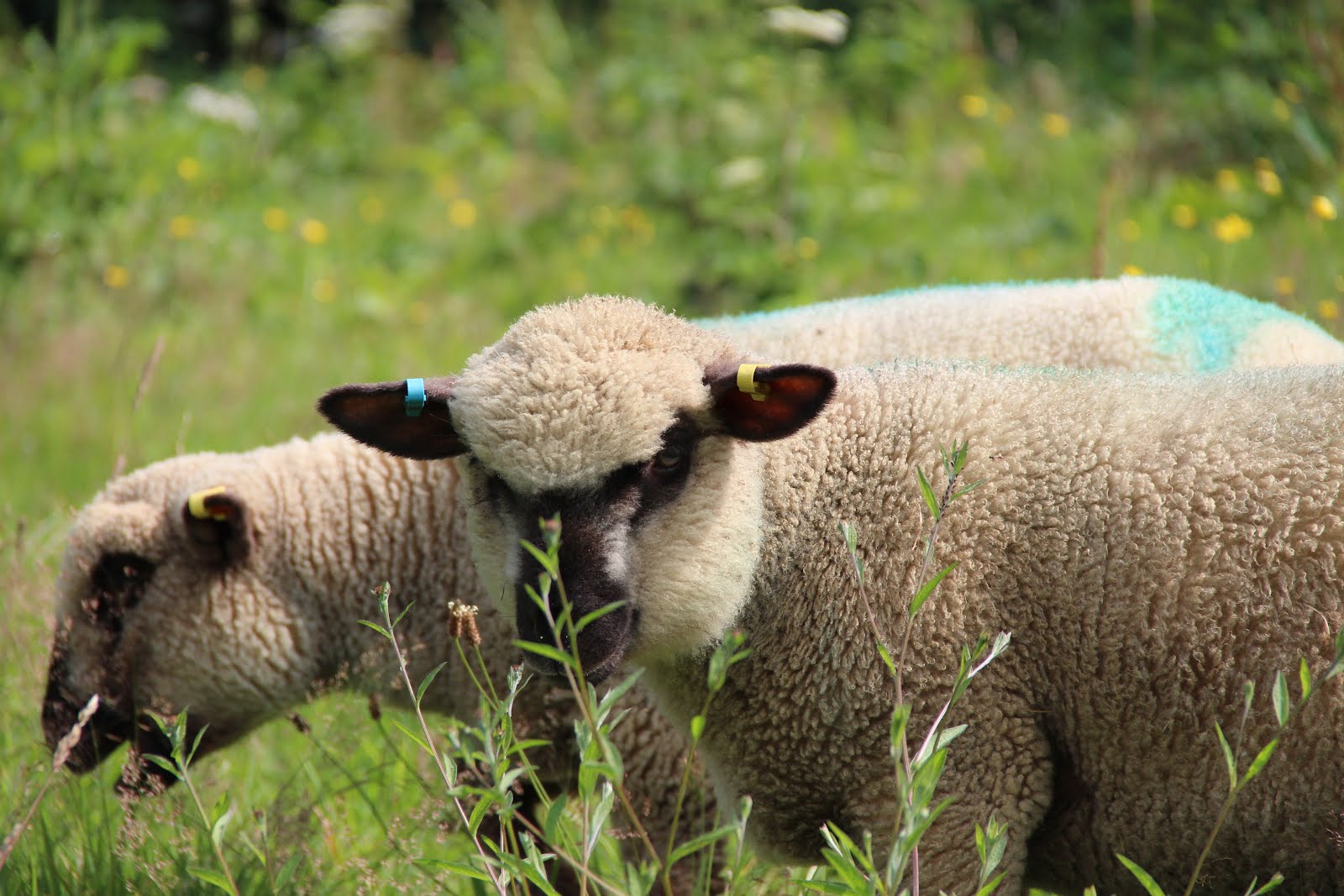 Welcome to my daily life of cooking, one winters day many years ago my family and I were all inspired by a back to back rainy day of River Cottage this got us to stop talking about and start actually doing, suddenly three weeks later eight vegetable beds were dug, greenhouse erected and our first vegetables were propagating, this was the start to raising and growing our own food, our fabulous son Oscar changed our path in life which lead us to sell our small thriving restaurant of 10 yrs and to start our new life (Terrifying!) a life of the self sufficient in touch with nature and seasons, taking a step back and looking forward to a slower change of pace and making the most of every moment.
My passion for cooking was stronger than ever and having time at home with Oscar I found I had a new direction and I was no longer striving for perfection, I was suddenly very passionate for the enjoyment of the other side of food, something I had not realised, being the Chef/Cook and every other duty of your own small restaurant made me see that I never actually took time to cook what I wanted!
So there I was muddy boots and hands digging deep in more than one sense and I found myself transported back in time to where everyone grew some of their own food, it is a wonderful world with a real sense of achievement and loss, Slugs Snails and Caterpillars! But thats another story! Childhood memories of summers when I lived with my grand parents reminded me of so much that I had learnt about the make do and mend generation that I had forgotten.
Now as a family we love our free wild food days where we gather what nature has provided, have gone from being mini mini garden urban small holders, who did raised pigs at home because we could not wait to find land and supporting ourselves from our garden to now owning a very small farm that allows us to grow more vegetables for the whole of our family and neighbours, raise our own gorgeous Gloucestershire Old Spot pigs, (Sausages!) and pets! Dorset Down sheep, chickens for eggs and pet goats! Suddenly having large quantities of produce started to wake up the Cook in me!
The Cook was awake that part of me that wants to cook for the masses and I found myself setting up Flowerpot Kitchen, a Farmers Market Stall, I wanted to use our honest raised meats and make old fashioned pork pies, rabbit pies and game pies from the local game keeper along with old fashioned techniques and the best hot water crust pastry. This in turn grew to a small cottage industry from home weekly supplying three farm shops and a deli along with also attending three farmers markets A few years later there came a time when my son Oscar's health changed and it was an easy decision to stop.
I still hold the occasional pop up 40 seater restaurant or gourmet lunch which we do for local charities for the love of sharing food and to remind that Cook in me why I love our go slower self sufficient life!
So here I am sitting amoung the vegetables watching the chickens loving that every season nature teaches me something new and that nature is in charge! She has taught me to just go with it and grow. Give it a try from a tray of salad on your windowsill to a few tomato plants it all counts. 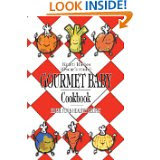 Available from all book stores & Amazon ISBN 1-4259-0138-7 Gourmet Baby gives an exciting range of fresh and fun recipes for the whole family to enjoy, the challenge of brand new taste buds with nothing but an honest opinion to give has encouraged recipes such as mama mia chicken and fruity tutti risotto 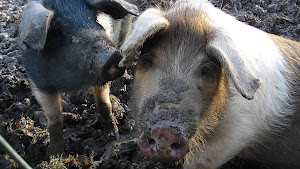